When I go to beads shows, I pick up beads that catch my eye....sometimes not knowing what I will make from them...well...most of the time not knowing what I will make from them.  I collect them. That's what we bead whores do.  Below is a picture of my bead wall in the studio.  The wall I managed to drill quite a few holes in to hang these all up....only to later realize it would be have been simpler and less destructive to hang up some peg board.  But the deed is done. 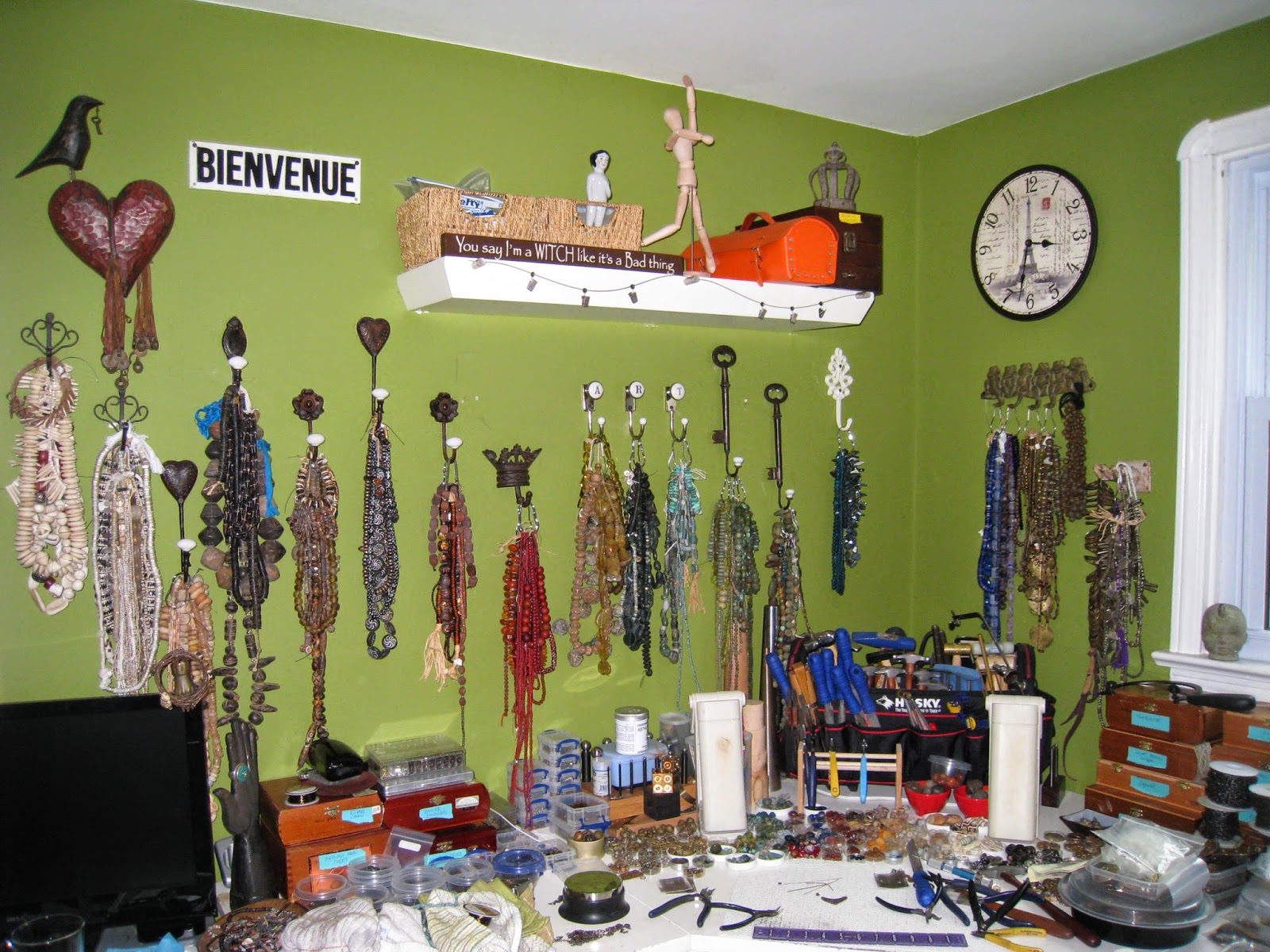 Most of these are the showy beads...large, hunky, ethnic beads.  I have boxes with beads in them too...usually smaller bead strands. I needed some smaller black beads so I went to my boxes and found this strand. 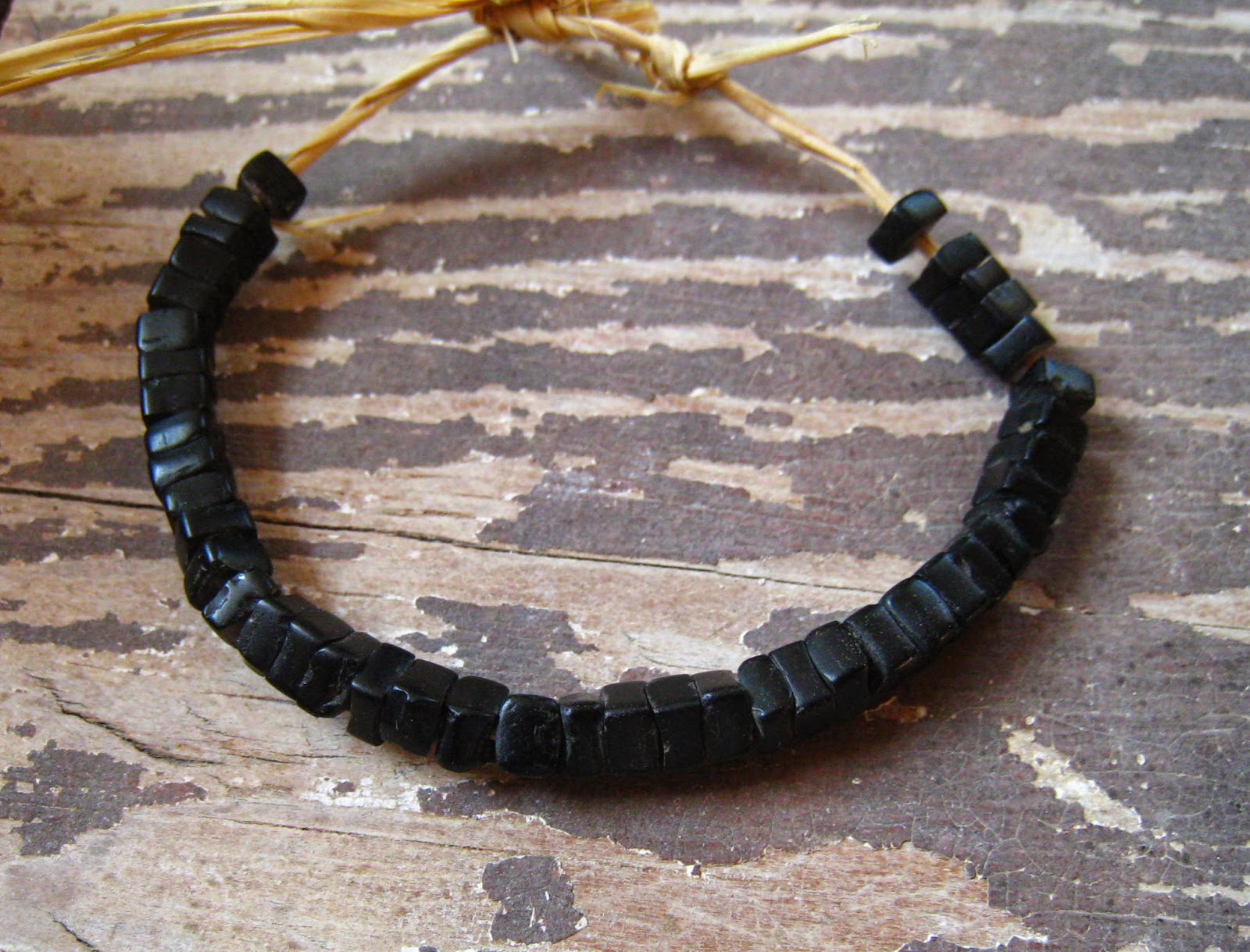 Black cubes that were made so they fit together.  They were perfect for what I was making...in fact, I liked them so much I pretty much used them up on a couple of necklaces.  And now I want to cry because I don't have anymore of them.  It was one of those strands that I saw in passing, picked them up for "someday" and filed them away.  If only I had known I would like them so much I would have bought more. And these aren't the type that are mass produced so I haven't had any luck in finding more of them.

My photo assistant, Sophie, decided that these were going to be hers.  Actually, she likes the raffia they were strung on.

But beads, for the most part, shouldn't be hoarded.  They need to be set free in the world for others to enjoy.  Good bye my lovelies.  It was sweet while it lasted. 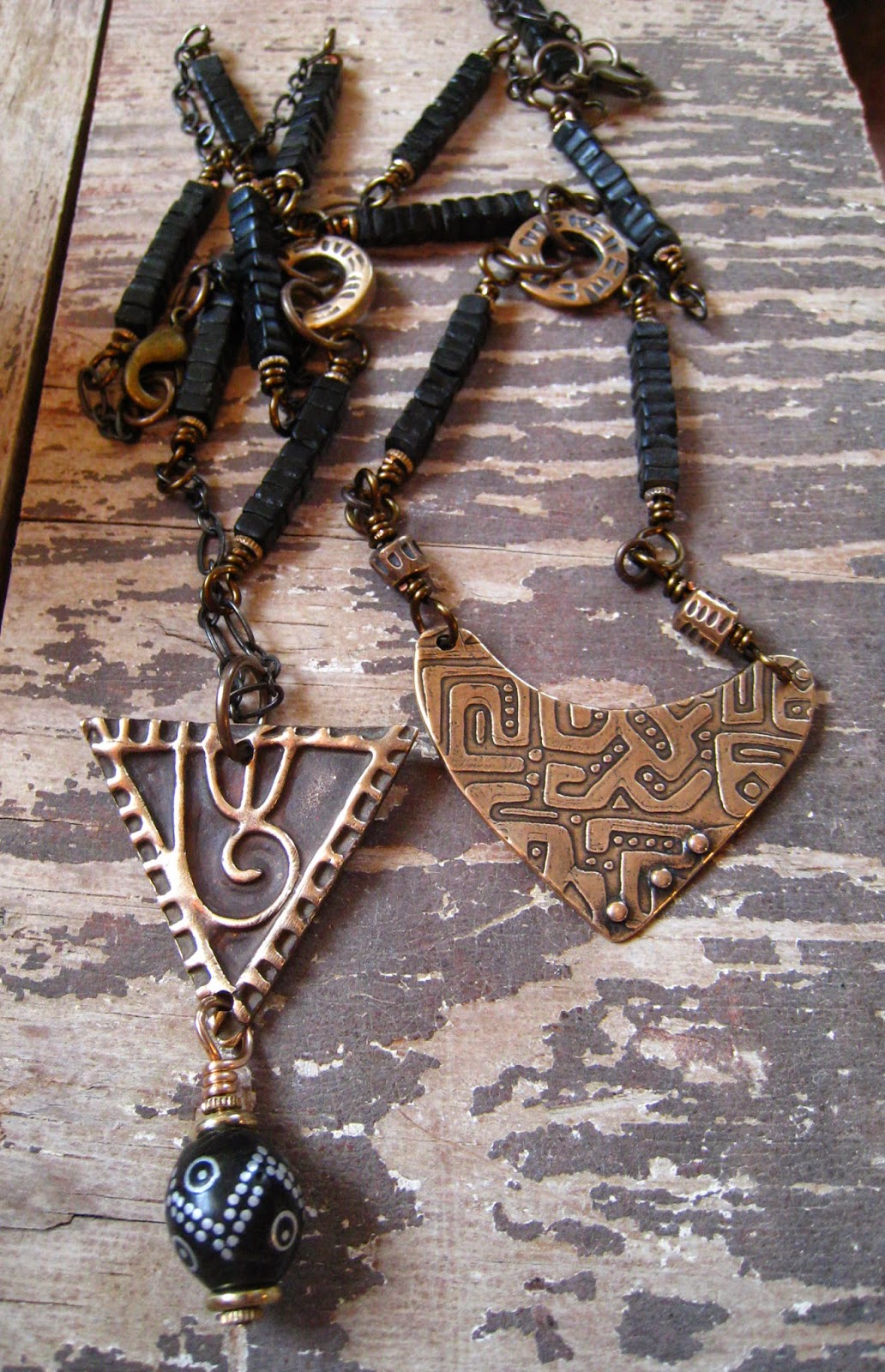