Bead and Button...more than beads

and more than classes.  A major portion of B&B is about catching up with friends, meeting new people....and eating :)  Below...Karen and Cris at the Thai restaurant.  The "mild" Pad Thai was so hot we could hardly eat it. 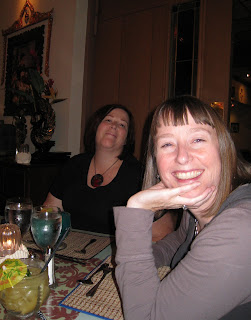 Gigi, Paul, and Karen at the Miller Time Pub.  I'm not a big hamburger fan but they had the best hamburgers!!! 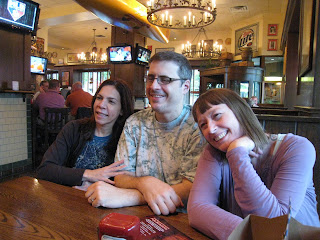 Paul...in the eery glow of his computer at the Hyatt Bar.  He was trying to concentrate while we took pictures of him...and laughed. 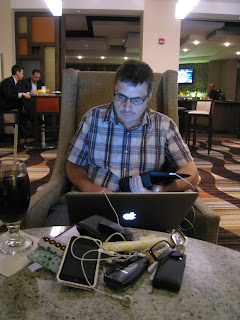 Karen, standing in front of the Bead Dream showcases.  She won first place in the lampwork bead category...WOO HOO Karen!!!! 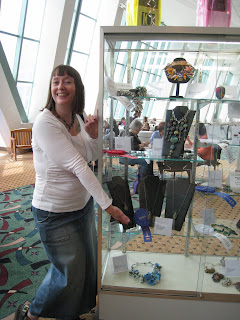 The last night we went to the Capital Grille.  Very nice, dark paneled, subdued restaurant.  We were anything but subdued.  Karen had bought us all finger puppets and we instantly became 12 years old.  Luckily our waiter was a full time teacher for K-8 phys ed.  He was able to relate to our humor and played right along.  We had such a great time. This is Anne singing "O Canada" for Karen with the finger puppet choir. 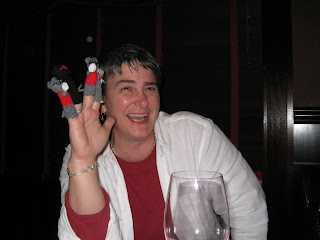 Back at the Hyatt Bar, the finger puppets disco dance with the dreaded styrofoam ball of death (it's an inside joke....well maybe not so inside.) 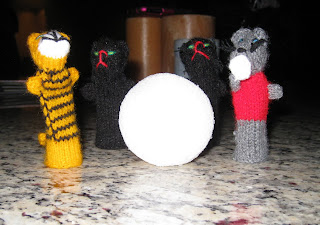 Too bad this much fun only rolls around once a year.  Great show....Great time.
Posted by Gail at 8:31 PM